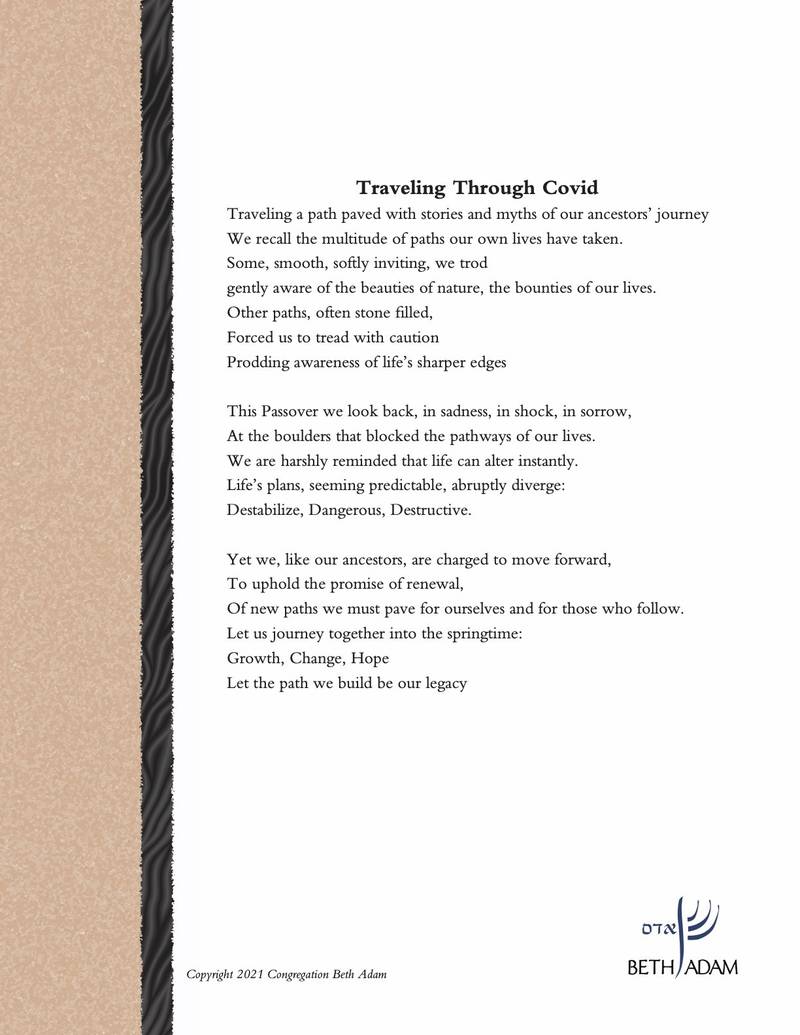 Passover Resource Page
Scroll Down for All the Resources 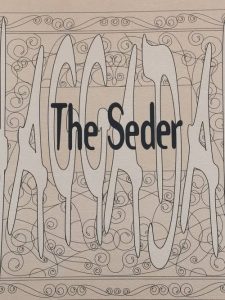 The Story of Passover

The Torah, in the Book of Exodus, relates a familiar tale of oppression, in which a leader with absolute power fears those he does not understand. While the Israelites had previously had a good relationship with Egypt because of all Joseph had done for the Egyptians during the famine, a new Pharaoh arose in the beginning of the Book of Exodus “who knew not Joseph” and his services to Egypt. He feared that Joseph’s people, the Israelites, “were too numerous.” Pharaoh enslaved them and set taskmasters over them, embittering their lives with forced labor.

A young Hebrew boy, Moses, though raised by Pharaoh’s daughter and spared the taskmaster’s whip, could not help but feel the pain of his people’s suffering. He was to become the leader of the Israelites and go before Pharaoh and demand “let my people go.” In the Torah, it is written: “The Lord spoke to Moses… When Pharaoh does not heed you, I will lay My hand upon Egypt and deliver My ranks, My people the Israelites, from the land with extraordinary chastisements” (Exodus 7:4). But Pharaoh’s heart was unmoved, and tradition teaches that ten plagues were visited upon Pharaoh and his people.

After the Jews had marked their doorposts and Death “passed over” their homes, only then did Pharaoh let our people go. Moses led the Israelites out of the House of Bondage.

Over time, the hostile nomadic life in the desert weakened their resolve to be free. Those who had known only the security of slavery now longed to return to Egypt. They had forgotten the sting of the whip and the humiliation of slavery. They only remembered the fish and cucumbers and melons they had eaten and the huts in which they had lived (Numbers 11:4-6). Some turned against Moses, preferring to return to slavery rather than continue their Exodus.

Consequently, the Children of Israel were forced to wander in the desert for forty years until a new generation had arisen. This new generation was reared on challenge and strengthened by freedom. Only then were our people ready to enter a new land and begin a new life.

While today Passover is associated with the story of the Exodus from Egypt as told in the Book of Exodus in the Torah, the origins of the holiday actually have nothing to do with the Exodus story.

Originally, Passover was a nature festival, an observance of the coming of spring. When the Israelites were wandering in the desert, they pitched tents and grazed their flocks. In the month when the kids and lambs were born, the month that ushered in spring, they observed a festival at the full moon. That observance featured a sacrifice of a sheep or goat, which took place just before nighttime. After the sacrifice, the animal was roasted whole and the family members enjoyed a meal together.

Later, Jewish peasants who were living in Palestine had another spring festival. This one was related to the cutting of the grain – and was called the festival of unleavened bread (matzah). The Jews would get rid of their sour dough and any other bread they had – though it’s unclear why. The central part of the holiday had to do with the ceremony of the omer, the first sheaf of newly cut barley that was offered to the priest on the first day of the harvest as a sacrifice, as a gift to God.

These two spring festivals later became associated with the Exodus from Egypt story – which is now the primary theme of Passover. Spring is a time of liberation for nature – so it made sense for a story of human liberation to be connected to this springtime holiday of Passover. There were new rituals and new interpretations – intended for a new generation for whom the old ceremonies lacked meaning.

The holiday evolved yet again in the first century of the common era, when the Jews were suffering from the heavy oppression of the Romans. By this time, the rituals of the Passover holiday were different from how the shepherds used to observe the holiday. The Greco-Roman culture that surrounded the Jews led to their observing the holiday in a more luxurious fashion. Wine – and reclining on coaches – were part of the feast.

1. Charoset: Typically, a mixture of apples, nuts, and wine. It is intended to remind us of the bricks and mortar which the Israelites made when they were slaves to Pharaoh in Egypt. Its taste is sweet, reminding us of the freedom of our ancestors and the freedom we enjoy today.

2. Egg: The egg serves as a symbol of life. Passover falls during springtime, when there is a rebirth in nature. Similarly, Passover commemorates the Jewish people’s transition from slavery to liberation. The egg also reminds us of the wholeness of the earth, and the cyclical nature of time.

3. Karpas (green vegetable): Parsley is often used, but lettuce or celery are also options. Karpas is a symbol of rebirth and new life. It reminds us of all things that grow, and encourages us to think about the potential we all have to grow. It is traditional to dip the karpas into salt water, to remind us of the tears of our ancestors as they struggled to be freed from slavery.

4. Maror (bitter herb): Horseradish is often used. The maror symbolizes the bitterness of slavery and the suffering of Jewish ancestors throughout the ages.

5. Shankbone (zeroah, in Hebrew): Our ancestors were shepherds, relying on sheep for their survival. There was a springtime feast to celebrate the birth of lambs, and the shankbone on our seder plates symbolizes that feast. It is also a symbol of the paschal sacrifices.

Some seder plates have an additional bitter herb, bringing the total to six items.

The Real History of Passover - Part I